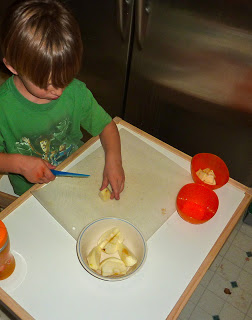 We went to the Pumpkin Patch just before Halloween and picked up a few pecks of apples, so we have been busy away at making a bunch of different apple recipes and doing lots of apple learning for science.
I helped Dustin and Ethan make homemade Applesauce
I peeled the skin off the apples, Dustin sliced them with the apple cutter, and Ethan helped cut the apples into pieces. 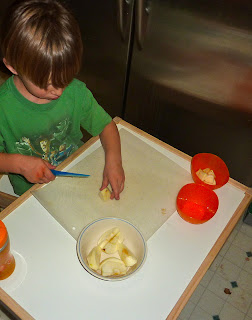 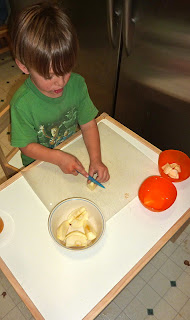 We put the cut apples into a pan with about 1″ of water in it, boil for about a half hour and then add cinnamon and sugar to taste, so simple and the kids all agreed a lot better than store bought applesauce! 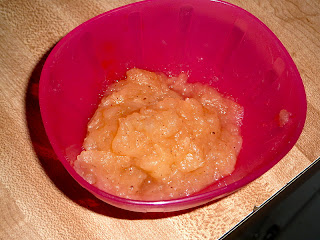 Jake made absolutely wonderful apple crisp for desert I got the recipe from HERE. 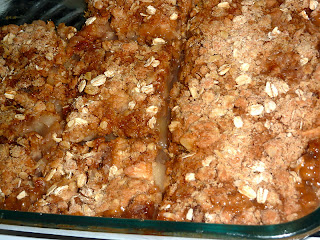 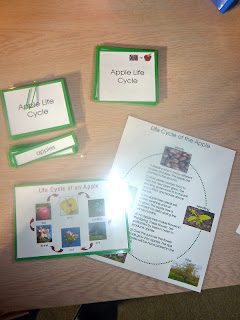 Dustin, Cody, and Anthony all worked on some of the apple printouts from the free Apple Lesson plans I downloaded from HERE.
They worked on the apple word search and a few other printables (found in free lesson Plans), they also read a free interactive online story HERE about Johnny Apple Seed 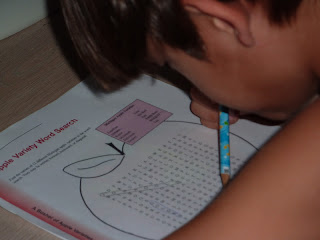 We talked about all the different products you can get from apples, and the kids colored this page (also found in the free lesson plans.) 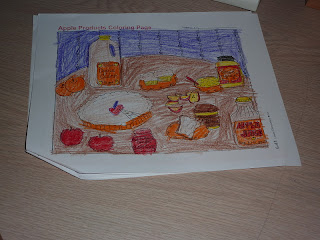 The boys made one of the apple books from our apple starter Unit, I purchased from Montessori Print Shop. 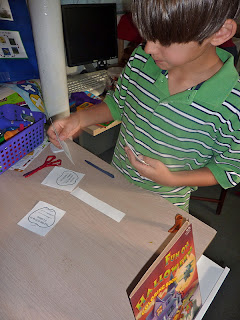 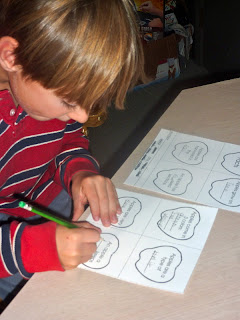 I printed off a lacing apple from KidsSoup.com, I will set it on a tray with a piece of yarn, I dip the end of the yarn in glue and let dry overnight to make it easier for Ethan to start. The kids can also choose the Same and Different cards from Prekinders.com. For the Same and different cards, I cut out each card  have a bowl of red bingo chips in a bowl to place on the different apple on the card. 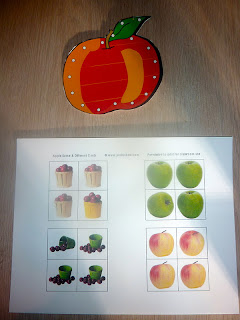 How I Teach, After 10 Years Of Homeschooling