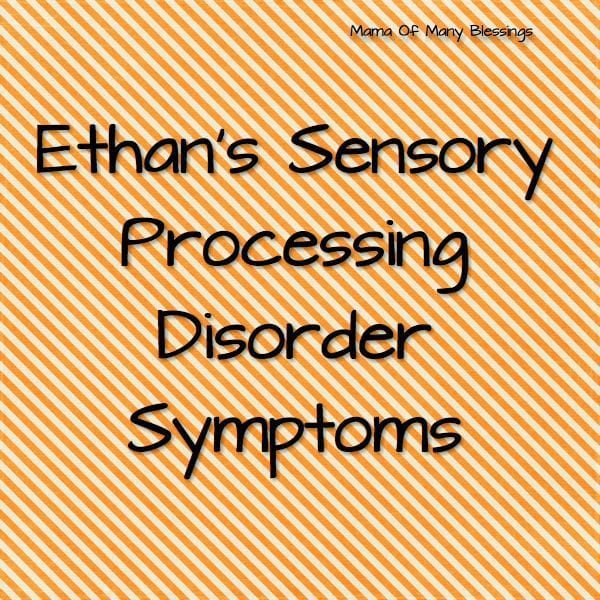 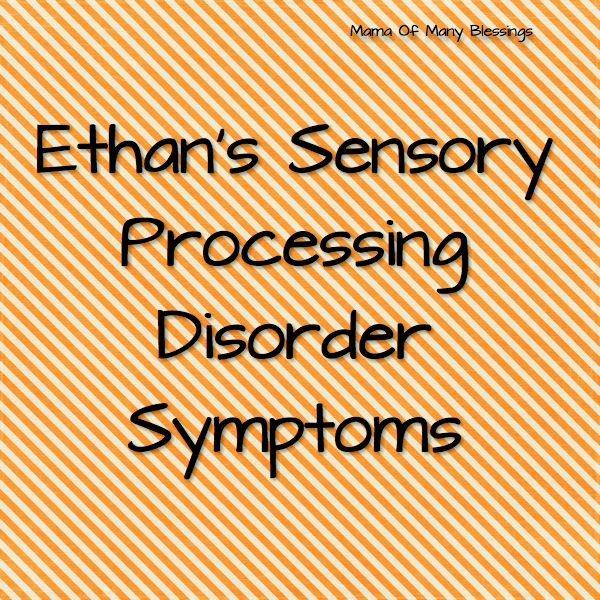 Next week I am taking part in the Schoolhouse Review Crew Blog Hop. There will be 90 bloggers that are participating, and each is choosing a topic to write about for the 5 days of the blog hop. I have chosen the topic Sensory Processing Disorder because it is a topic that I have learned so much about over the last 5 years, something we have come so far on, and something I have not shared much about on the blog.

I was originally going to share a post with all 3 of my boys with SPD and their symptoms on the first day of the blog hop, but after I realized how long the post ended up I decided to split it up into 3 separate posts 1 for each of the boys share them before the blog hop.

Now before I go any further I have to say after raising 5, boys are just more active in general they love to climb, jump, and love taking things mom doesn’t want taken apart to try to fix them. After having a girl first I was blown away at how active my first son was compared to a girl and learned real quick to give him the physical activity he needed every day.

Ethan is my kiddo that keeps me on my toes regularly and always has. When he was an infant he did not nap and would nurse every 2 hours round the clock until he was 10 months old. Then we found out he had MAJOR speech problems, along with other issues we were very concerned about on top of Cleft Palate and Cleft Lip issues he has been to see lots of different doctors.

Here are a few posts that were previously written about Ethan and SPD.

Making the decision to send him to ECSE for the first year, despite having homeschooled all of our children for 5 years at that time.

Out thoughts at almost the end of the first year of ECSE.

Our If/Then board for learning to make good choices.

Our Visual schedule to prepare him for outings that were hard for him, and an answer to a prayer on getting him to bed at night.

Ethan has at this time been diagnosed with Emotional Regulation Disorder, Age Regression, SPD, Speech Apraxia, Extremely Gifted (IQ of 170) and has brain damage which causes him to not feel pain, not able to regulate temperature or emotions and other symptoms. His neurophycologist did inform us that if his neurological functioning did not improve in the next year he will be diagnosed with High Functioning Autism as well.

Ethan and Dustin are quite similar and both tend to be very big sensory seekers, on the go and busy all the time. Ethan is very advanced and has also been diagnosed as Highly Gifted which which is a wonderful thing, except for the fact that it means they can do things a lot earilier than they should be able to putting them in a whole new world they shouldn’t have acess to yet, for example at 13 months old he figured out how to unlock both the locks on the front door and walk out into the front yard, great but at 13 months old they don’t know that the road is dangerous, they don’t understand stranger dangers, and so many other things an older child would know by the time they learned to unlock the door.

Here is a picture of him at 14 months old climbing the rope wall in our backyard, which was great for him he absolutely loved it and continued to climb it regularly but it was enough to almost give me a heart attack! Just one of the examples of how he had no fear even at a young age. 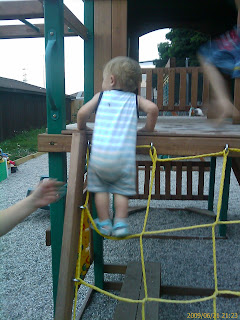 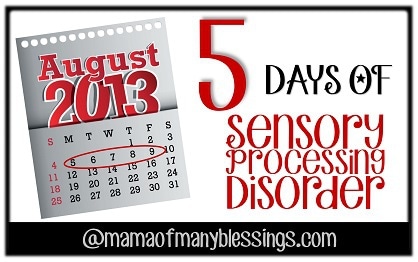 On Monday I shared Dustin’s journey with sensory processing disorder, where I shared about our journey with ADHD meds and reasons for not taking them anymore.

Yesterday I shared Cody’s journey with Sensory Processing Disorder is a very different set of symptoms then Ethan and Dustin’s he is very quiet and kept to himself. 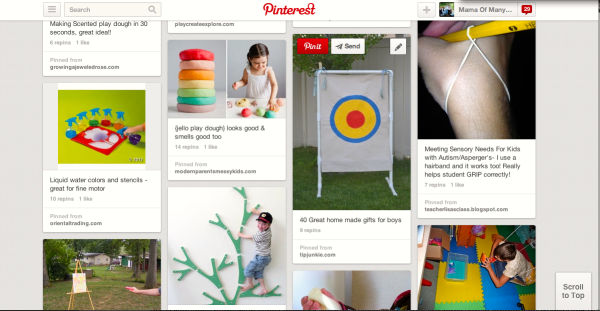