Do your kids like playing with LEGO bricks? I know they are a much loved toy in our house, over the years we have accumulated lots of smaller lego sets, and also lots of duplo lego sets, both are played with regularly. We enjoy using LEGO Bricks so much that our vacation to Six Flags a few years back we visited LEGO Land in Chicago, and had an absolutely wonderful time! So when we found out that LEGO KidsFest was coming to Michigan we were all very excited, I told the boys we were going and explained it is similar to LEGO Land, they kept asking me if I was kidding and started running through the house with excitement… I’m sure we will have so much fun!! 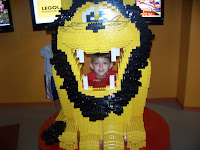 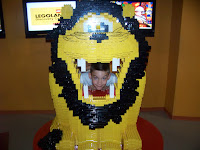 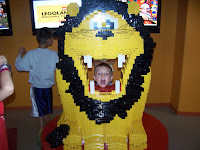 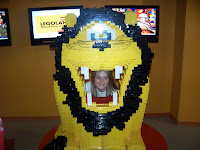 It is less than 1 more week until opening night for the LEGO KidsFest in Michigan so if you haven’t purchased your tickets yet, head over and get them now before they sell out!! Last I heard the Saturday show was almost sold out and the other shows still had tickets available!! Other shows have sold out, so act fast before they are gone.

The LEGO Kids Fest is a traveling LEGO fun for kids of all ages. They offer so many activities some of which are:

LEGO Club and Master Academy: your kids can get signed up for a 30-45 minute session with a Master Brick Builder who will teach them how to improve their LEGO brick building skills. Ages 7+, each class is limited to 130 kids, sign up at the MBA Booth.LEGO Club mission: LEGO club members can go on a secret mission to help recapture escaped villain Black Phantom. Kids will also get an exclusive LEGO club secret mission poster.

LEGO activity area: is a presentation where children’s participation is requested.

LEGO Master Builders: The guys who have the dream jobs of getting paid to build ith LEGO Bricks all day, will be giving demonstrations through out each show.

Creation Nation Kids: make their own LEGO creation to add to a huge map of the United Stated. They can come back to the website after the event to see the completed map.

Big Brick Pile: The biggest pile of LEGO Bricks you have ever seen, where kids can build whatever they can think of.

Monochromatic Group Builds: LEGO bricks of a single color will be available for anyone who wants to help add to projects or created their own project for others to help with.

Race Ramps: Kids can build LEGO race cars at a build table and then test the performance on one of the race ramps.

LEGO Games: Kids can make a unique buildable LEGO dice and have fun playing the world’s first game that you build, play and change.

Below is a video of previous shows