Home Hands On Learning Long Week and The Nature Center 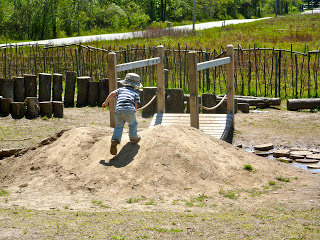 0shares
Last week was one of those weeks that just seemed to never end, we have been down to the hospital 5 different times since Monday, which I know is just how life goes sometimes with 6 kids.
I can say that through the years I have learned so much,  I can now look at just about any cut and tell if it needs to be stitched or can be left to heal, I can say injuries in the head and feet bleed so much worse than they are, and make moms like me freak out a little more than we need to sometimes 😉 , and I can say we have been through just about every illness or injury with one child or another at some point and time in our journey.
On Friday Gabe tripped on the back porch and landed just right on his nose landing on the shopvac, and cut his nose pretty bad, he went into ER and ended up getting a stitch at the tip of his nose. Jake finally got home with him, and after being home for about 10 minutes the spot they debated putting another stitch in wasn’t staying in place anymore, so Jake had to take him back down to ER and they ended up skin gluing the other part…
Today he fell on the cement and ripped the scab off his nose and it started bleeding really bad again, right after possibly drinking a small amount of gasoline (thank goodness for poison control!) So I decided I may have to put him in a bubble or I may just have a heart attack lol, not really but the thought has crossed my mind.
Even with all the stress that we have had we are still enjoying the nice weather and taking advantage of the local Nature Center, as usual. It is somewhere the kids all love being and I love bringing them because every time we go, not only do they have so much fun but they also learn so much!
They have set up an area at the nature center, it is a fenced in area for the kids to play in, almost everything used to build the area was made using something from nature! We decided to stop and let everyone play for a while. 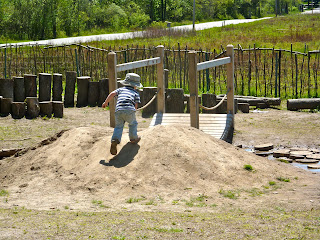 Gabe wasn’t willing to keep his hat tilted back further so he could see. The boys loved crossing the bridge! 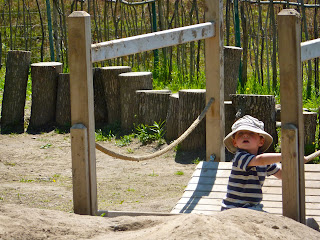 They also loved to balance on the logs in the water, they have an area set up so the kids can turn a faucet on an play in the water, and make a river. Unfortunately it wasn’t working for the day but there was still some water. 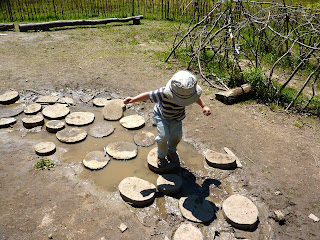 Since Dustin wasn’t with us for the day, Anthony took the job of showing the little ones all kinds of fun things he caught. Here he is showing the kids a snail. 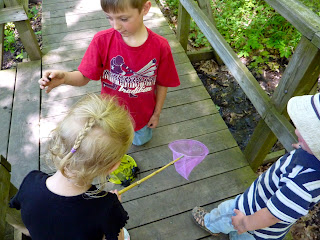 He also showed them the frogs he caught. 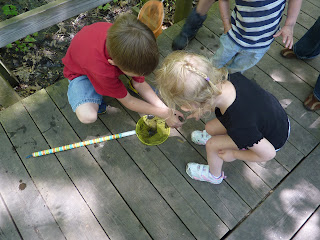 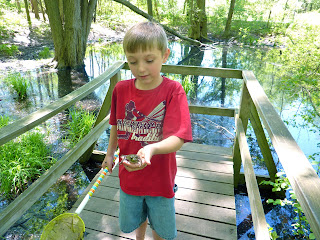 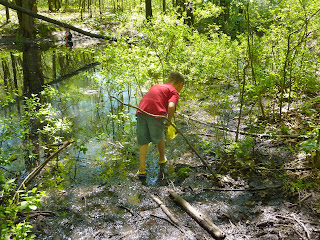 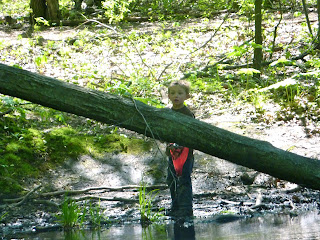 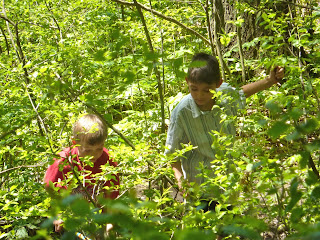 At first Ethan wanted Serena find him a frog but after her shoe got stuck in the mud, she didn’t really want to help anymore lol. But that was ok since Ethan started trying to catch them on his own. 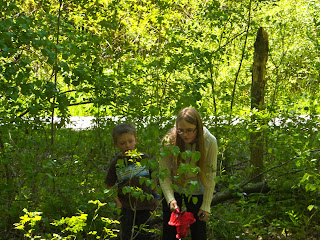 Gabe loves to lay on the dock and spot all the frogs. 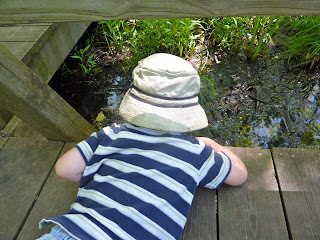 He loves to try to sneak away on the paths to 🙂 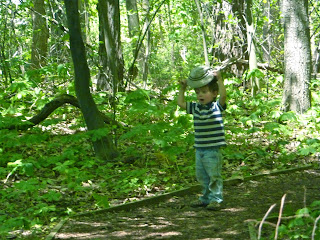 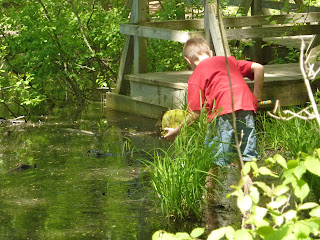 The pond was quite muddy the day we were there, Anthony, Serena, and Ethan lost their shoes a couple times in the mud, and Anthony was pretty muddy by the time we left. They have an area the kids can wash off before we leave! 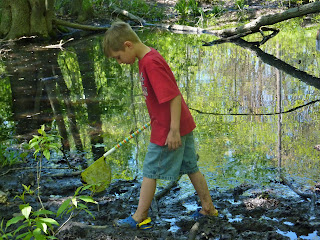 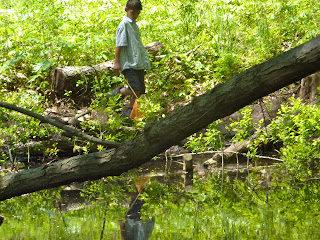 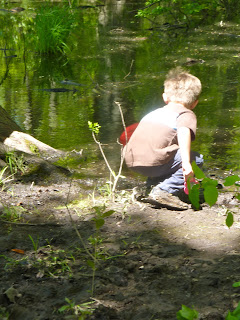 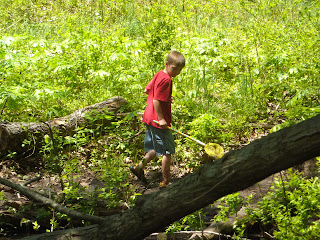 Ethan caught his first frog in his net, look at his face he was sooo proud of himself! 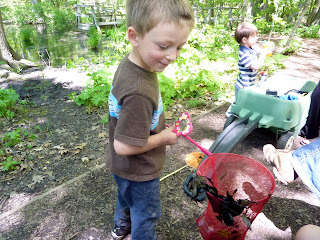 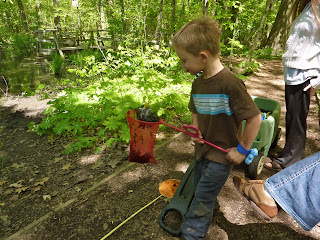 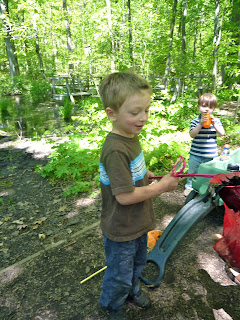 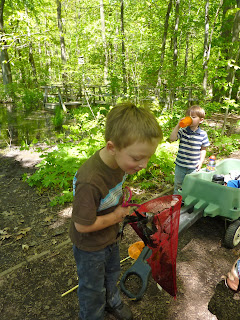 You cant catch a frog without inspecting him with a magnifying glass! 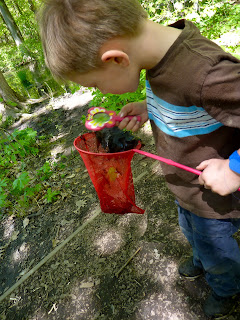 Stop by and check out the other blogs I am linked up with for other great ideas to try with your kids!