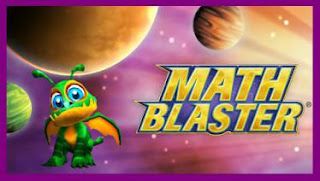 I have previously shared our love for JumpStart Online for our family, their ever changing world has been am amazing and safe online community for my children to be able to play in.
Today I am going to share about Math Blaster Online, one of the services that comes with your JumpStart membership. Math Blaster has been a trusted name for educational games for children for over 15 years, they have taken that fun and added it to a wonderful online world for children where they can have fun while learning key math concepts from K-6th grade.

Personalize your Blaster Cadet
Upon entering MathBlaster your child gets the opportunity to create their blaster cadet, their personal avatar that will run, and jump through Math Blaster. Children get to choose what their avatar will look like, which includes hair styles, eyes, mouths, heights, and even aliens for their Blaster Cadet.
Name Your Blaster Cadet
Once you have created your Blaster Cadet you enter Math Blaster space station where you come up with a name for your Blaster Cadet. To keep things safe for kids they do not use their own name, they get to choose a unique, silly name using the name modulator. For example Cody’s name is Galactic Alien and Dustin’s name is shiny sky etc…
Explore Math Blasters Worlds
One of our favorite things about Math Blaster and JumpStart is that their worlds are ever changing, they add fun things for upcoming holidays or seasons, which keeps the world exciting and new! For the boys birthdays they had an entire week of “birthday” things where they got presents and greeted by almost all the JumpStart/MathBlaster Reps, they all thought this was pretty neat!
Earning merits and achievements
Your child will participate in ISP training activities, in which they will learn important math skills while having fun protecting the space station! As your child progresses they will earn merits and achievements for their hard work, the merits will promote them to a higher rank in the game.
Something For Everyone (while learning)

No matter what type of games your child enjoys Math Blaster has something to please everyone! They offer racing games, exploring, arcade games, and puzzles. Each of the games covers a key math concepts for grades K-6, the skills practiced are addition, subtraction, multiplication, division, fractions, decimals, percents, money, place value, and 3D figures! 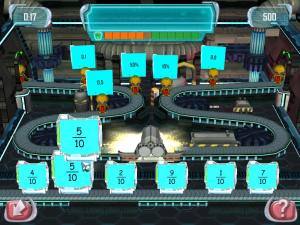 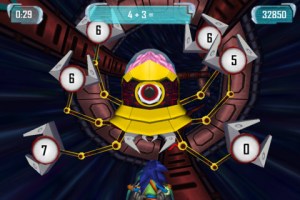 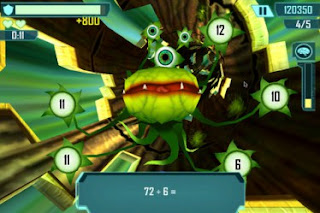 Chat
My kids have enjoyed chatting with each other in Math Blaster Online, and I know it’s a safe environment for them to participate in. Because parents know whats best for their kids online Math Blaster has left it up to the parent to turn on the chat in the parental controls, and also control what they are allowed to use in the chat system. If a parent chooses to let their child have full chat abilities you can be assured that it is safe, if they even misspell a word they are banned from talking for a period of time.
Trusted Online Safety
Just like JumpStart Online Math Blaster offers amazing levels of security so parents can rest assured knowing their kids are safe interacting in Math Blasters online world. MathBlaster has been certified by the kidSAFE Seal Program, an independent certification service and seal program that reviews and certifies the safety practices of child-friendly websites, applications, game sites, virtual worlds, social networked, PC and mobile apps, web-connected devices, and other similar online interactive products.

Cody, Anthony, and Ethan have all taken some time to show us around Math Blaster Online and show us their favorite areas to visit in the 3 videos below!
Cody’s tour of Math Blaster and his favorite game!
Anthony’s tour of Math Blaster some great tips on how to use some of the great features and his favorite game.
Ethan’s tour of Math Blaster and his favorite game Beavers Revenge!
There are some pretty neat added features included with a paid membership on Math Blaster. You will also get access to JumpStart online, 4 downloadable PC JumpStart games ($80 value), free printable worksheets and activities, and some fun things added to your online MathBlaster world like:
Several Different Payment Options:
Monthly: $8.99
Annual: $74.99
Lifetime: $149.99
All memberships include access for up to 6 children on both JumpStart and MathBlaster.
Math Blaster keeps you and your children up to date on all the new happenings over on the Math Blaster blog.  Your children can vote on the new things being added, play games, learn craft ideas, and even earn extra points on MathBlaster by trying to guess the space station mystery clues make sure to subscribe for updates! 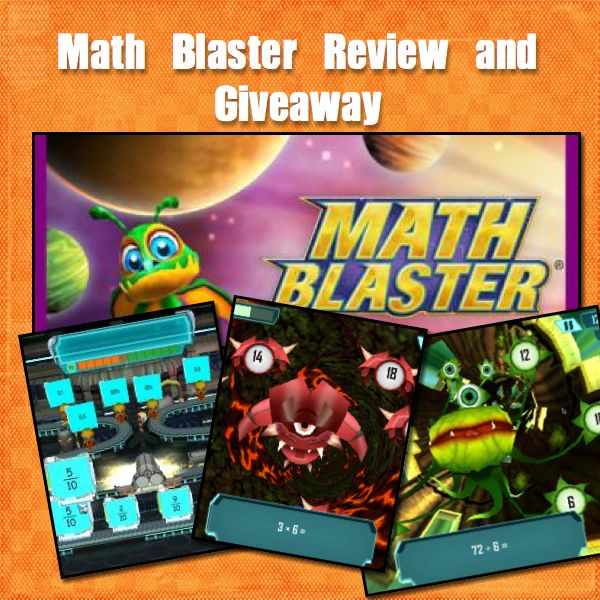 Math Blaster is offering a FREE 3 month membership to one of my lucky viewers! Get signed up below for your chance to win using the Rafflecopter linky below!! This giveaway is open through 2/16/2013 to US and Canadian residents, I will draw a winner using random.org and contact them personally through email, they will have 48 hours to respond or I will draw another winner. Good LUCK!!

Disclosure: I was provided with a membership good for Math Blaster and JumpStart at no cost by Knowledge Adventure in order to test the products’ abilities and give my own personal opinions on it. The opinions I have given are mine and may differ from others but were not influenced by the company or the free product provided.