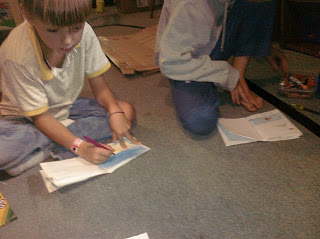 We just started week 3 in history so I’m a little behind on getting these posts together, but better late then never.


At the beginning of the week we played Jeopardy for our pretest, the boys seem to enjoy doing it this way instead of having to write them out. I think we will continue to do most of the pretests in some type of game form to keep them fun.

Creation: the kids made “Creation Books” writing the day of creation and the verse reference on the front of the page and a picture of what God made that day on the back, I decided after all the work the book goes through for you to make the booklet they tell you to make, it would have been a lot easier to just make your own booklet.
We spread it out and did a couple pages in our creation books each day of our History class (M,W, and F) through the week, which was a great way to review the days of creation. Each day before we would all sit and work on them, I had 1 of the boys look up in their bible what was created each day and the reference, and then write on the marker board. 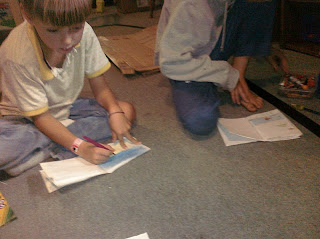 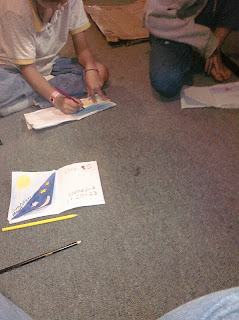 Adam and Eve: We read about God creating Adam and Eve, the Garden of Eden, Adam naming all the creatures, and the reprocutions of Adam and Eve eating the fruit from the Tree of Knowledge of Good and Bad.
Cody and Anthony had to make and name their own clay creatures that were unlike any other creatures made.
Dustin made a self portrait of himself “created in God’s image” 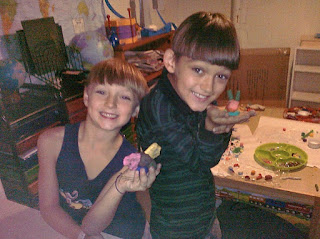 Tubal-Cain and Jubal-
Jubal, who made instruments (Harp and Lyre) and taught music, we looked at pictures and listened to music from Harps and Lyres. Tubal-Cain crafted Bronze and Iron I googled some items made from Bronze and Iron for the kids to get an idea of the work that would look like. Both Tubal-Cain and Jubal were 7th descendents of Adam. We also learned about Methuselah who was the oldest recorded living human at 969 years old, wow I can’t imagine what you would feel like by that age…


Timeline
Even though I purchased the timeline figures, the creation timeline figures were just 2 different pictures, I thought it would be more of a reminder if we made our own for each day, so we cut out 3 inch circles, 7 for Cody and Anthony to share, and 7 for Dustin (Dustin decided that he wanted to make his own timeline notebook for himself instead of using the timeline board.) 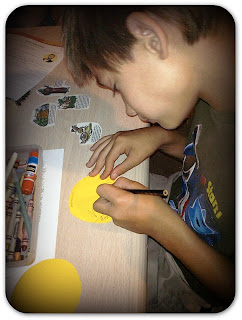 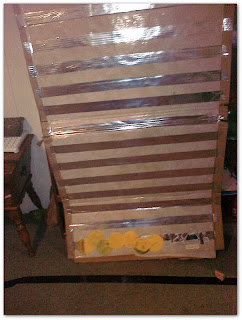 For the timeline I used a box we had around the house took the tape off and opened the box, next I put contact paper on the back and lastly put Duct Tape across 2″ apart to put our timeline figures onto. We attach the figures with double sided tape.

35+ Absolutely Beautiful Jesus Birth Crafts That You Have To See

Tips For Keeping Kids Focused During Reading, You Need To Know