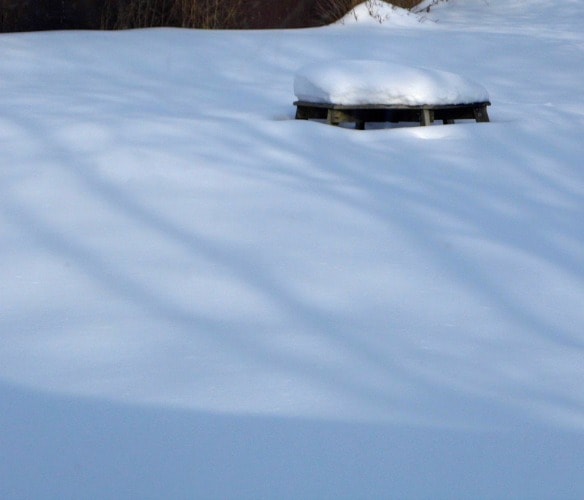 We had some really crazy weather this winter and are making new records regularly for our area.

In December we ended up getting quite a bit of snow and 2 different ice storms which caused a lot of problems. Some people in the area without power for over a week due to the ice storms and if that wasn’t bad enough it was the week of Christmas so yes some towns had no power on Christmas Day…

We lost power for both of the storms, the first one was just over 24 hours without power and the second one we only lost power for about 12 hours. I was feeling very grateful that they were able to get our power back on and was praying for those who were not so lucky!

January brought its own set of problems since were lucky enough to get snow storm after snow storm for the whole month there were only 3 days we had NO SNOW for the whole month of January!!  The temperatures dropped to around -30’F for days multiple times. So far for the year we have received over 105′ of snow, normally we receive 74′ of snow during an entire winter. We are the 2rd snowiest city in the ENTIRE United States for the year and have one of the most amounts of snow on the ground anywhere in the US, including Alaska…

February isn’t looking much better with just another snowstorm last night that dumped 6″ of snow in about 8 hours. Sigh… I am really looking forward to Spring!! We only need about 4 more inches to make it the second snowiest winter of all time. Sadly enough I’m sure we will get it.

The Great Lakes are even frozen, some completely covered others mostly. Which has lead to people being able to walk out on the lake for the first time I can remember!

Here are some of my favorite Winter Wonderland pictures from the Polar Vortex 2014!!

The driveway looks wet but is not wet at all. It was a complete sheet of ice. 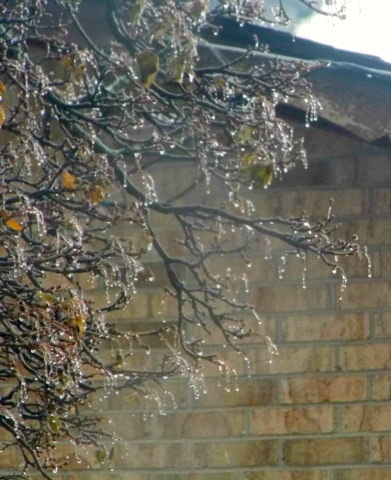 With the cold weather and added layers always brings the task of making sure all their stuff gets taken care of when they come back inside.

It also means that even though we went to the bathroom before we got dressed, as soon as you get them all ready to go out they need to go to the bathroom again and everything needs to come off again, and then be put back on… 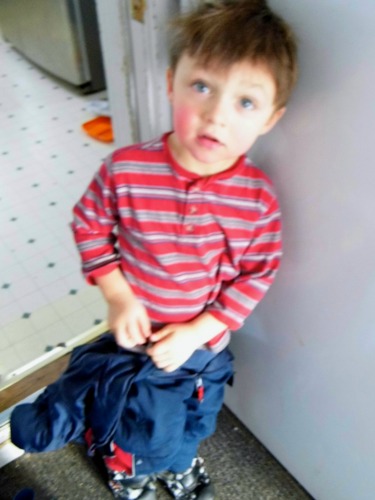 Building snow forts in the snow piles is always great fun!! This was how much snow we had on the ground around the beginning of December. We have MUCH more out there now…

Jake teaching Dusting how to fix the snow blowers so that they would be able to be used for the upcoming big storm.

When there wasn’t snow to shovel in the driveway the boys shoveled the yard 😀 . Well back in December, now they would just get lost in the 2 1/2 feet of snow on the ground. 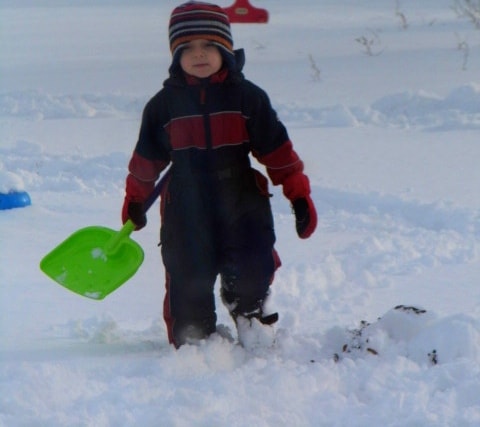 In January we received one of the lovely “polar vortex” and in a 2 1/2 day period we received over 20″ of snow. WOW it is not often we get that much snow from 1 snow storm, it was a mess to clean up!! 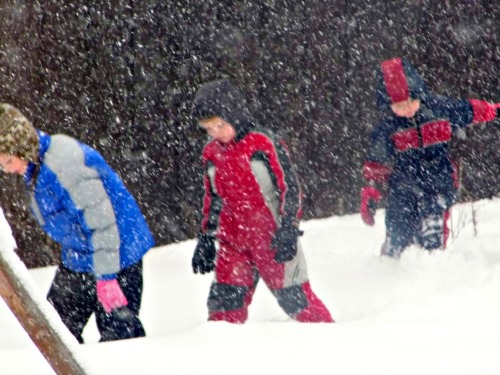 Most windows were covered with snow from the winds and 20″ of snow.

The drifts left by the big storm was just terrible, they were up to my knees in areas that were shoveled just before the storm! 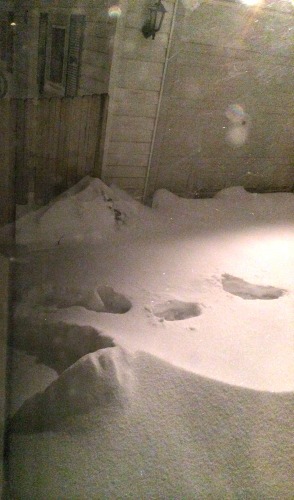 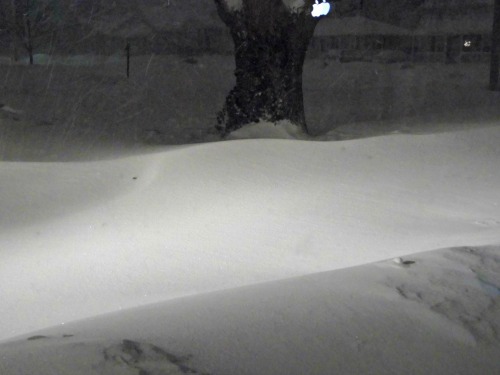 This is a great picture to show you just how much snow there really was in the driveway to take care of. The snowblower is almost covered from the deep snow, it was a mess to get cleaned out of both of our driveways that took Jake and Dustin both with snowblowers and 2 other kids with shovels over 5 hours to clean out. 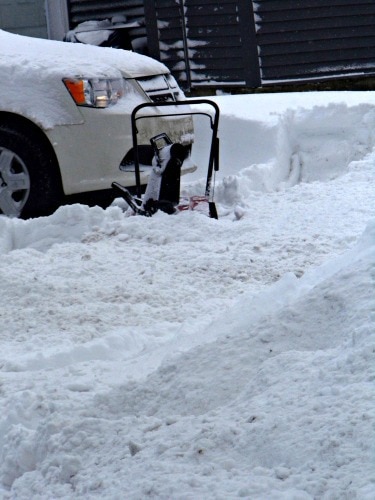 Lots of snow leads to some great fort making in the hills of snow!! 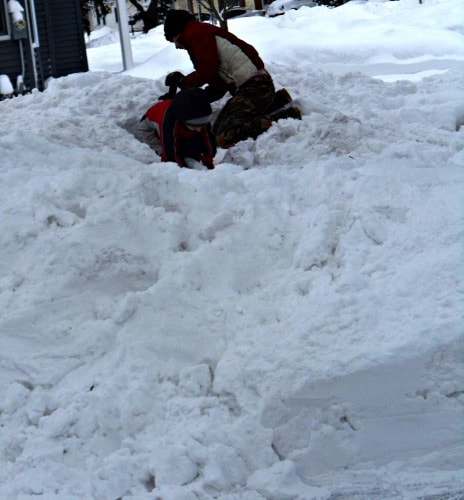 Next door to our house they had a huge truck come and move all the snow from the parking lot onto this hill. The kids have loved it. It is a snow cave and also a sledding hill. 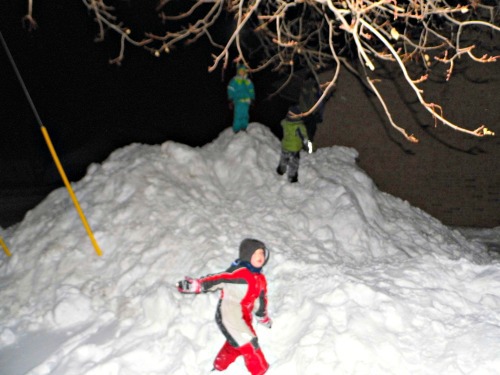 It is a snow cave… 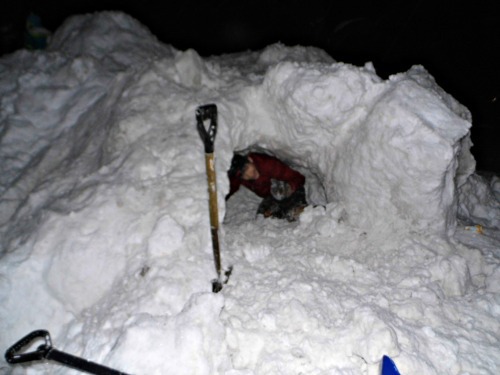 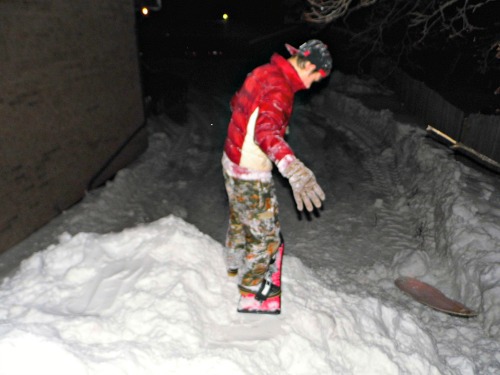 Hard work to walk up for littler ones… 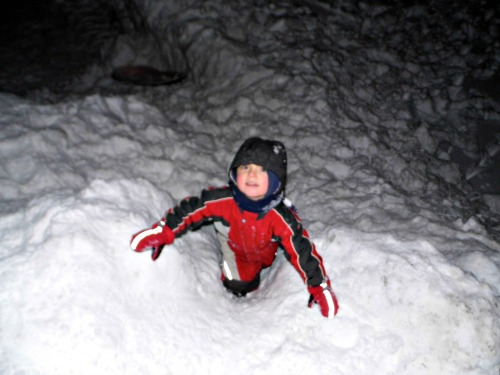 And a sledding hill, which you don’t even need a sled for!! 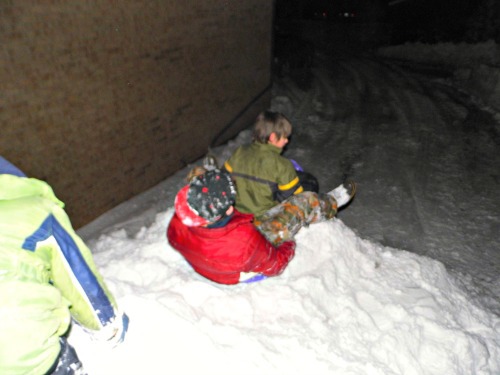 Here is how it looks outside now, there really is a picnic table under there  somewhere 😉 . 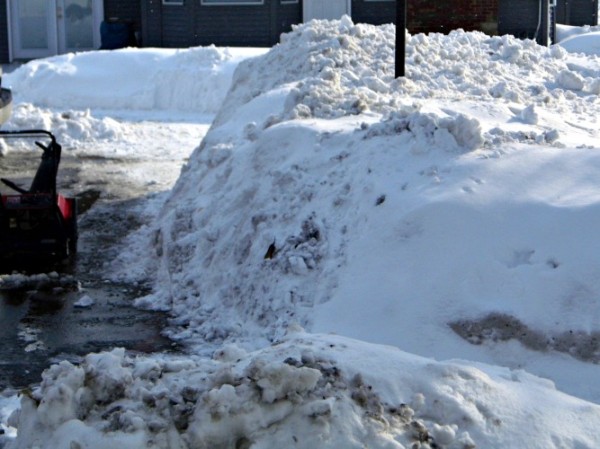 I am grateful that the kids have been embracing the very cold weather and all of the snow we have received for the year. They have spent many hours spent outside and come back in freezing cold with bright red faces for some homemade hot coco!!

A Day Out With Thomas