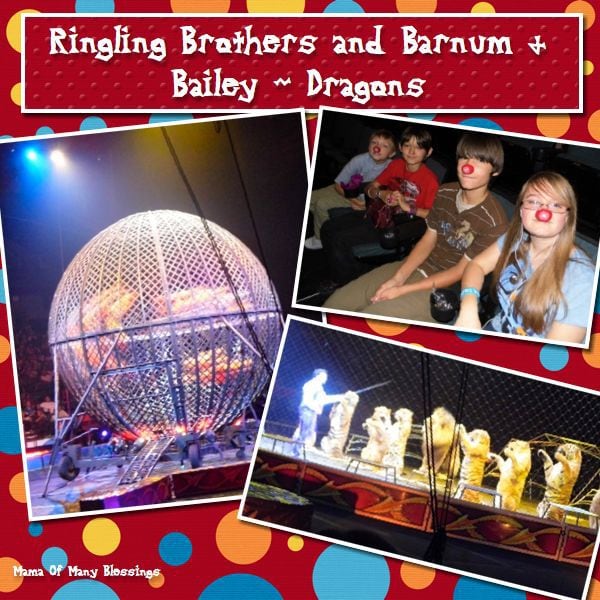 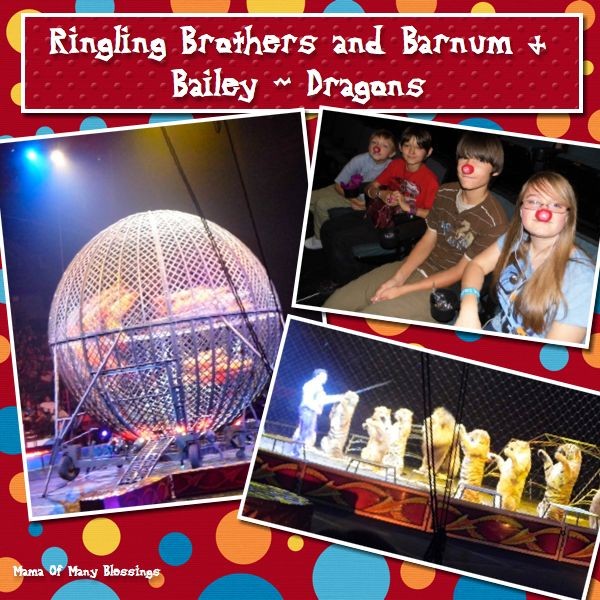 A couple weeks ago we were blessed with the ability to attend the Ringling Brothers Circus that came to town. We all had a wonderful time! We did learn that whenever we go to events at the Van Andel even if they are not very loud we need noise cancelling headphones for Ethan. The whole time we had to push our hands over Ethan’s ears because the noise was more then he could handle.

I also found out taking pictures with the lighting was not the greatest. So I will share the good pictures we took.

Before the show they have a “pre-show” where the kids can learn how to do different acts that will be preformed during the circus, tatoos for the kids, a bounce house, and even clown noses for everyone!! 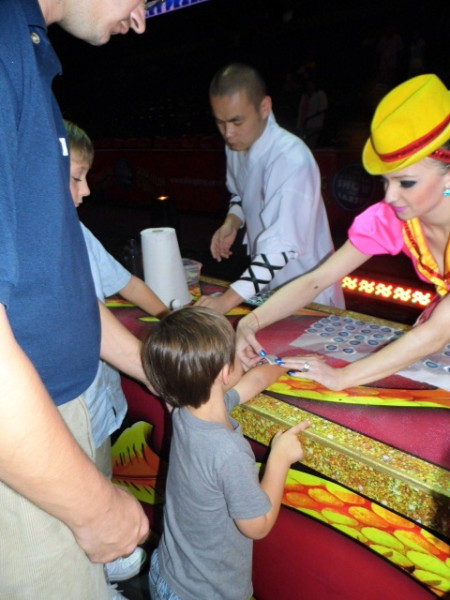 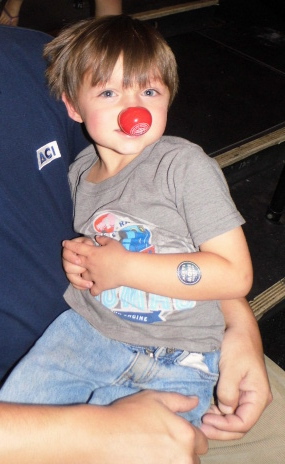 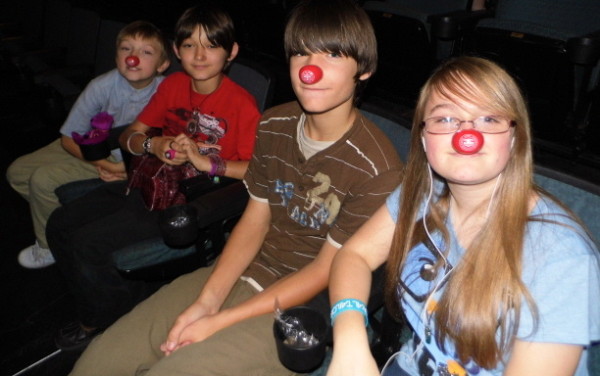 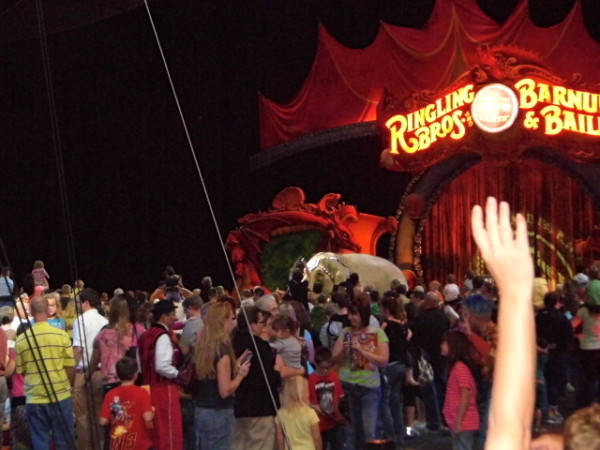 The ringmaster was amazing and hilarious, as were the different outfits he wore. The way they would shine in the light made him catch your eye for sure!! 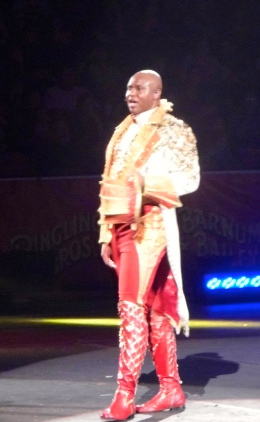 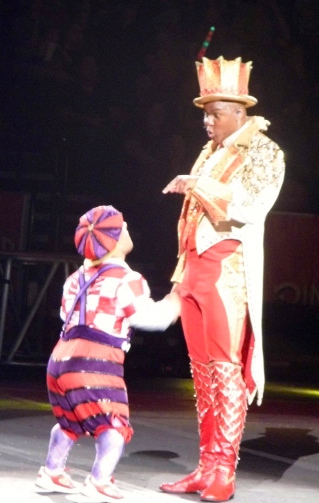 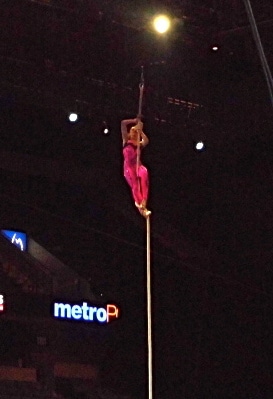 Riding horses completely in sync and even standing up at times! 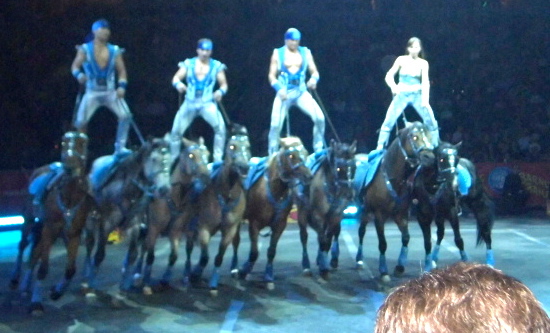 They had a motorcycle on a rope very high above that was a very funny and great act. Of course they didn’t just race up and down the rope they did acrobats and tricks to keep everyone on the edge of their seats! 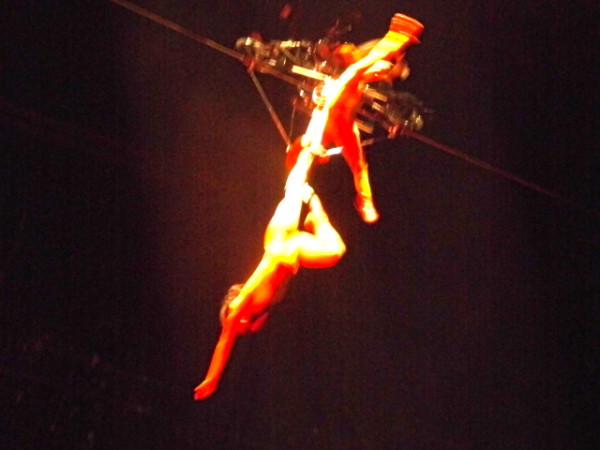 The tigers were wonderful to see! 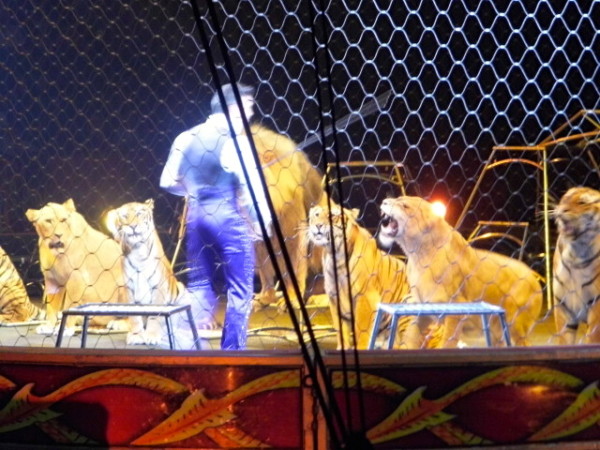 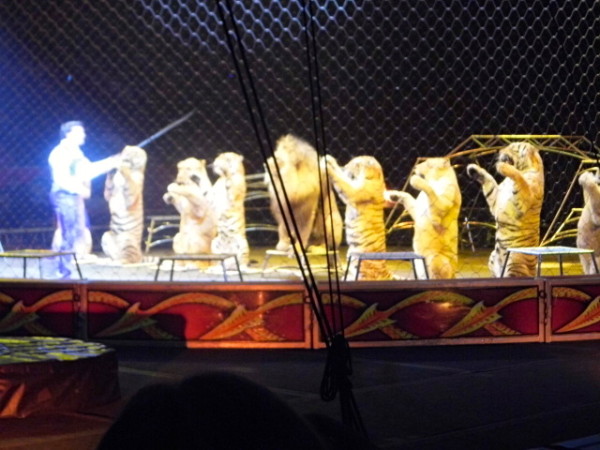 They had giant plastic bubbles that were raised to the top of the ceiling they did some amazing dances while in the bubbles. The thing is that they had nothing holding them into the bubble and had to use tons of strength to keep the bubble closed and inside of them! Something I have NEVER seen or heard of anywhere else!!! 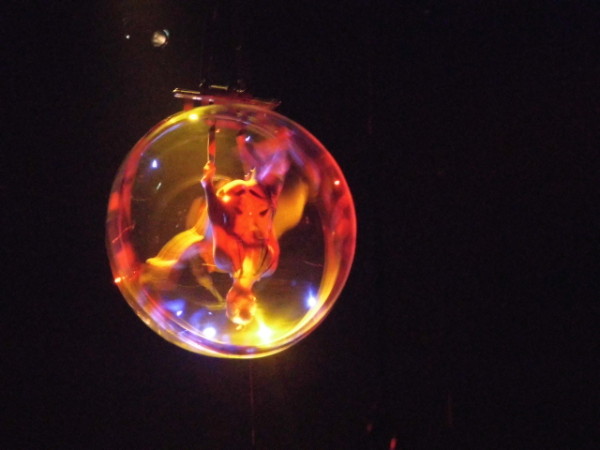 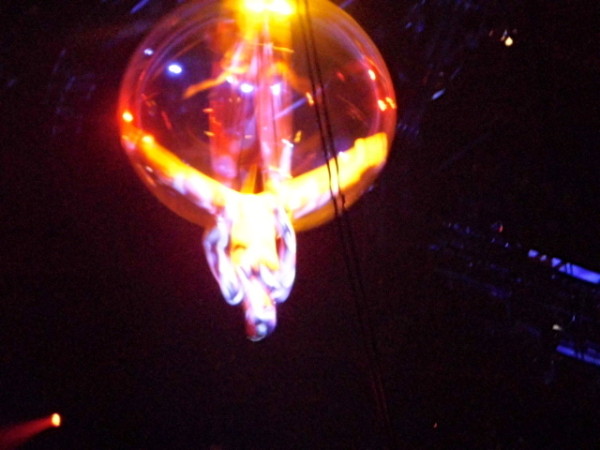 Trapeze tricks that were amazing!!

Even tricks with dogs!! 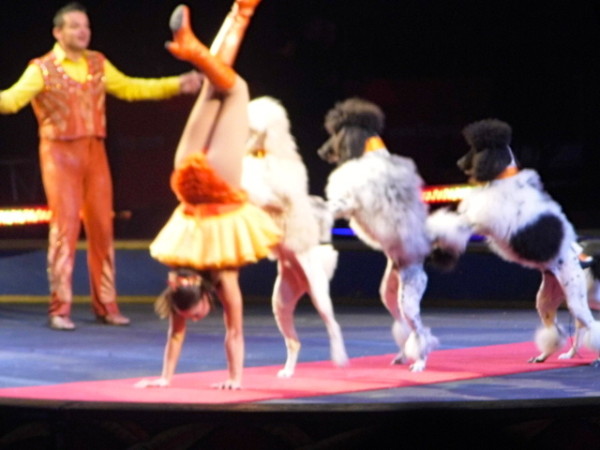 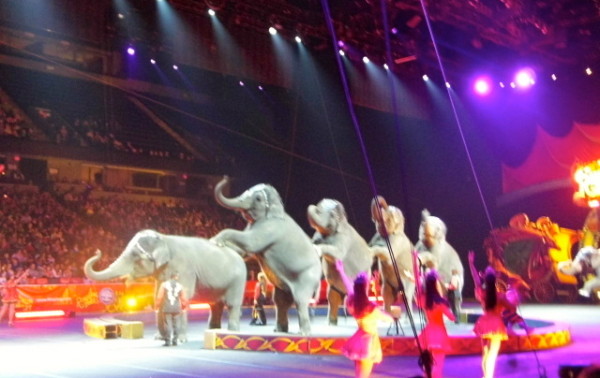 The part that most of my boys were most looking forward to was the motorcycles in the cage. This act had to have taken quite a bit of practice and concentration because one wrong move and it would be a disaster. They ended up with not just a few motorcycles in the ball but they added more of them then you could imagine, and all of them were working in sync to make one amazing act! 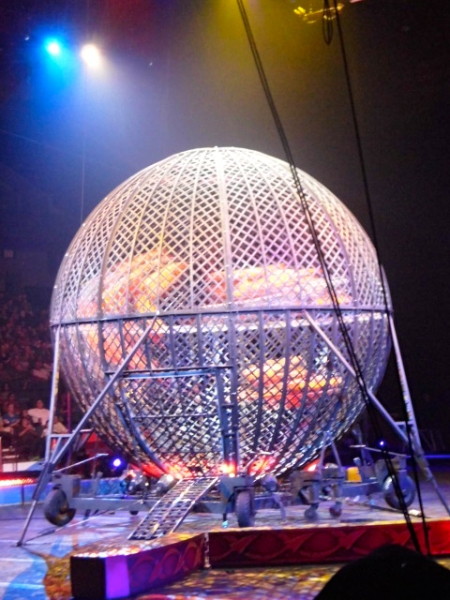 At the end the dragon was brought out which the kids loved! By that time my camera had died and I had to rely on the camera on my phone which isn’t the greatest in low lighting. 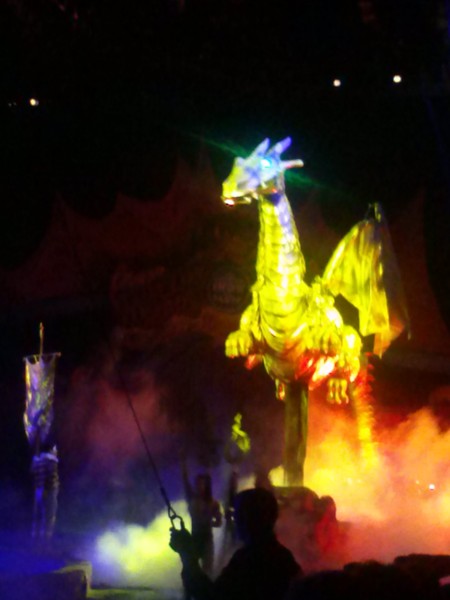 At the end all the preformers came out for a closing to an amazing show!

This is one circus you won’t want to miss when it comes to town, bring the whole family there is something for everyone!! Stop over and find out when the next Ringling Brothers Circus is coming to a town near you!

Thank you Feld Entertainment for allowing us to participate in the amazing family friendly event!!

The Importance of Teaching Kids How To Type When Homeschooling

Mackinac Bridge ~Vacation Day 1~The Day In Which We Loose The...