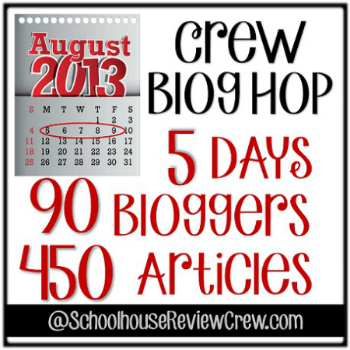 Everyday we all learn and take in everything from the world around us through out senses, children with Sensory Processing Disorder have a neurological condition that doesn’t allow the senses to properly relay the information to their brain. This can lead to delays including physical, emotional, and behavioral which can sometimes be severe.

Children are all different in their own wonderful and special way, children with sensory processing disorder will often have symptoms for many years before the parent usually notices or is concerned enough to really look into it. It can be very hard for a parent to figure out why the child struggles so much with normal everyday things.

I, just like many other parents started worrying when I knew there was something not right with Ethan when he was little. Noises that had never bothered my other kids made him unbelievably scared, getting his hair washed was like someone was pouring acid on his head (no joke.)

Usually with little ones you can see the reasons they get upset and with a little comforting, help, etc. will make them better, well with Ethan(my worst SPD kiddo) he would throw HUGE fits for no reason at all and there was no way to calm him down sometimes the fits would last for 30-45 minutes. We later found out that these things were just tags bothering him, noises or smells that he couldn’t stand ,or other things that normally most people could block out if they had problems with them.

Once you get a SPD kiddo upset they go into “fight or flight” mode  this will make them very unpredictable and they will throw huge fits, run into traffic to get away from the situation and other things that can put them into danger. When a child is in “fight-or-flight” mode they will hear nothing you say to them even if you were to scream, their bodies are just looking for a way to make it stop. A child that is frequently in “fight-or-flight” mode will also suffer from their immune system being weakened because of the stress caused on their bodies.

From plenty of experience when they get into this mode you have to find a way for them to take 3 deep breaths to change their thinking from the front of their brain back to the back of their brain. You can do this by having them blow bubbles, blow dandelions, blow a candle out, or anything that helps them get at least 3 deep breaths in. Then talk to then once they are calmed down.

Going out in public with Ethan was not in existance before the age of 3, the sensory overload he would get on was just not worth how long it would take to get him back to a normal level. When he was little some of the things that stuck out most to me and made me wonder what was going on with this little guy were that  I wondered why he would hurt people all the time since we never hit anyone in our house and then freak out because he was so sorry for hurting someone, why he would lick his lotion off his skin every time I would put it on him, why when he would get hurt it wouldn’t phase him, getting blood drawn he would barley flinch (which REALLY surprised the lab technicians 🙂 ) the list goes on. Either way there were things that made me know there was something just not right from my experience with 4 other kids.

After realizing what Ethan had and researching it I realized that because Dustin and Cody struggled and I didn’t have a bunch of other kids to compare them to that they struggled with SPD as well, just not nearly to the extent that Ethan did.

Stanley Greenspan, the author of “The Challenging Child” (1995) gave the best analogy I have ever heard explained, one the most of the people I explained it to actually understood what some of my kiddos were going through. Our therapist gave us a printout of this quote and it is one that has stuck with me over the years.

“Imagine driving a car that isn’t working well. When you step on the gas the care sometimes lurches forward and sometimes doesn’t respond. When you blow the horn it sounds blaring. The brakes sometimes slow the car, but not always. The blinkers work occasionally, the steering is erratic, and the speedometer is inaccurate. You are engaged in a constant struggle to keep the car on the road, and it is difficult to concentrate on anything else”

Here is another example from sensory-processing-disorder.com shared from adults that suffer from SPD for the full list they share stop over to their website. This website is a HUGE wealth of information and has dramatically helped me on learning as much as possible about SPD.

There are 7 different senses that effect Proprioceptive, vestibular, tactile, oral, visual, auditory, and olfactory.  Children who have SPD can experience oversensitivity or under-sensitivity to sensory input, or a mix of the both, sometimes to the degree that is debilitating to the child and hard for the parent to understand. It can effect only 1 sense, a couple senses, or even all the senses.

Sensory Processing Disorder can be a disorder by itself or as it usually is be a secondary disorder to some other things like, Autism, Developmental Delays, ADHD, OCD, and others. It is hard to tell the difference between SPD and other disorders which is why if you are in question you should go and get your child checked out by a neuropsychologist who will test for both neurological and psychological issues going on with your child.

Having a child with SPD can be a trying journey but getting them the help they need at as early of an age as possible is the best thing you can possibly do for them. If you get help while they are still small you can help change their reactions to the situations this has been an answer to prayer for us! No, it didn’t fix all the problems we have with our SPD kids but it has made it so we can function better as a family and so they are not having huge meltdowns as much as we once were!

The internet can be a wealth of information about SPD, here are a few of my favorite resources I have found.

Stop back tomorrow for day 2 of our 5 Days Of Sensory Processing Disorder Series when I will talk about how sensory processing disorder effects you child and it can affect the different senses.

I am linking up with these great linky parties!!